Looking for the purr-fect Easter treat for the family? Victoria Theatre’s panto might be the answer!

Puss in Boots will be gracing the stage in Halifax between April 15 and 17, 2020, starring Suzanne Shaw and children’s TV presenter Chris Jarvis.

Produced by Imagine Theatre – the team behind the annual Christmas pantomime – Puss in Boots tells the tale of Colin Donut and his mum, Dame Dorothy Donut.

The Donuts live in the village of Much Trumping, which is being terrorised by an ogre and his henchman. All seems lost, until a fairy’s spell transforms a lazy cat into a swashbuckling hero, Puss in Boots.

And there will be a chance for children to star in the panto too, with auditions for the junior ensemble taking place on Sunday, February 2, 2020.

Suzanne Shaw shot to fame as part of Hear’Say and has since won Dancing on Ice, appeared in Emmerdale and played Roxie Hart in the West End.

Kids will know Chris Jarvis from CBeebies show Show Me Show Me, but he has also hosted The Broom Cupboard and appeared in shows such as Fully Booked, The Friday Zone, Look Sharp, Playdays, Jungle Run, Dream Street, Maths Mansion, Step Inside and Stargazing.

“I missed out on appearing in a panto over Christmas as I was working in the Caribbean so I was delighted to be asked to perform in one over Easter,” said Suzanne. “Although I have known Chris for years, this will be the first time we have worked together – I cannot wait!

“My character, Princess Apricot Crumble, is not a typical fairytale princess as she is quite feisty and independent and not afraid to stand up for what she believes in so is definitely going to be a fun character to play.”

Chris Jarvis added: “I have never appeared in Puss in Boots before, so I am really looking forward to doing something new. The tale may not be familiar to everyone but it is a fabulous story and the show will have all the traditional elements of panto with plenty of slapstick, ‘he’s behind you’s’ and booing of the badddie.

“My character, Colin Donut, is the comic which is a role I love to play as what is better than making people laugh?” 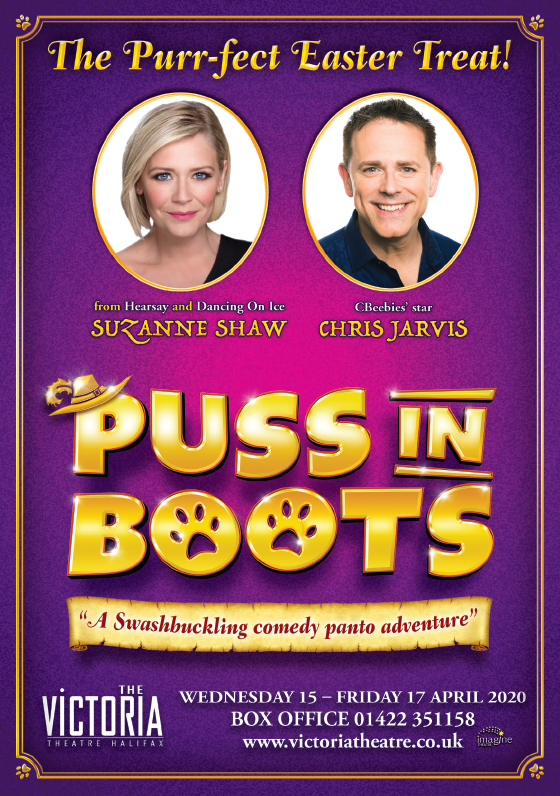