When Tom Hannan’s partner Gina suddenly started craving apples, he knew she must be pregnant.

A pregnancy test confirmed it, and their excitement grew as they looked forward to welcoming baby “Pip”, their treasured first child together.

“We were both so excited,” shares Tom, who has a son from a previous relationship.”I would read a made-up story to the ever-growing bump at bedtime before kissing it and saying goodnight. I would sing silly little songs, tell Pip I loved him or her and call out ‘Pip’ to let them know that their idiot father was there and would love them forever.” 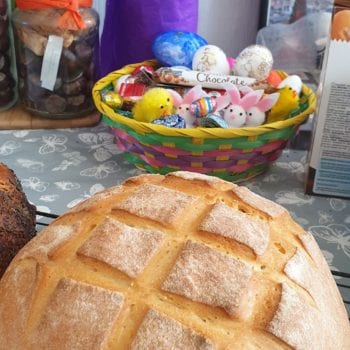 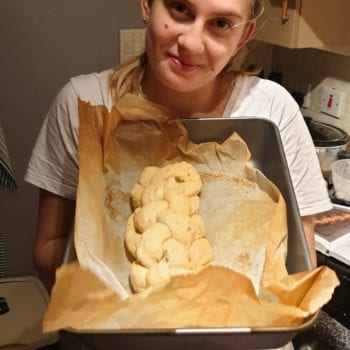 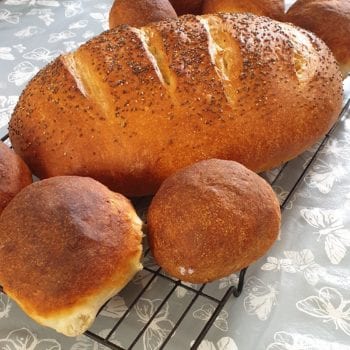 They took hundreds of photographs charting the pregnancy, and cherished every scan picture, capturing Pip yawning, sucking his thumb and waving.

As the usual pregnancy milestones came and went, their healthy, active baby thrived in the womb and with just eight weeks until their due date, Tom and Gina relaxed, confident that the chances of something going wrong were slim.

At night, Tom would cradle Gina’s belly, waking to tiny fingers and toes pressing against his palm.

“This memory and feeling will stick with me until the day I die” shares Tom. “Thinking about those small moments now brings me to tears, but I am so glad that I felt it and can remember it because shortly after this, it wouldn’t be possible anymore.”

Tom was teaching a primary school class in early March when, during the break, he realised he had missed several calls from Gina. Something wasn’t right, she said in a text, and she hadn’t felt Pip move all morning.

When Tom returned the call, Gina – who was also looking after Tom’s son – told him the devastating news that Pip’s heart had stopped beating.

“We were absolutely devastated,” says Tom. “Gutted is a word bandied about frequently, but never had I felt such gut-wrenching pain and devastation as I did when I found out my little baby had died, and the ‘gutted’ word made sense. It felt as though a fist had situated itself in my chest and gripped tightly around my heart, and I cannot even imagine the pain that Gina was feeling.

“The pain was incomparable to anything else we have experienced, a kind of physical and emotional torture which you wouldn’t wish upon your worst enemy.” 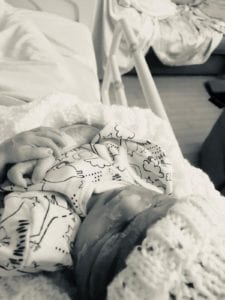 Gina had to give birth naturally to Pip. The induction took five days, and she delivered a beautiful and extremely healthy-looking baby boy.

“After what seemed like an eternity of composing myself, I cut the umbilical cord and told Gina that Pip was a boy!” says Tom. “It was a beautiful but heartbreakingly sad moment for both of us. The midwife cleaned him up, we bathed him, dressed him and held him in our arms.

“These moments were so precious, we did not want them to end.

“Saying goodbye was the hardest thing I have ever done. I asked to be alone with Pip so I could look at him and read him a story and hold his hand and kiss him – all the things I did when he was alive in the belly, and the things I was looking forward to doing when he was born.

“Both our families, who were incredibly supportive throughout, came and said goodbye to Pip too. Without them, this experience would have been infinitely more intolerable than it already was. Our tiny boy had touched so many people’s lives and generated an aura of love so powerful it was incredible. We went home the next day with Pip, not in our arms but in our hearts.”

The funeral was short, touching and beautiful. Afterwards, Tom and Gina released two balloons in memory of Pip and his little cousin Hope, who was miscarried on the same day. They made a memorial to him on their mantlepiece, with a poem, candle, ornaments and an urn. Gina also has a necklace containing some of his ashes and has made a garden in his memory.

In learning how to cope with his grief, Tom found consolation in his kitchen – and started to bake bread.

Weighing the ingredients, kneading the dough and achieving a successful bake has been therapeutic, alleviating some of the stress and anguish and helping him achieve some control.

It was during this carb overload that Tom dreamed up his touching – and tasty – fundraising venture.

In between baking, he set up dedicated bread Instagram, Facebook, and a  Justgiving page to raise money for SANDS (Stillbirth And Neonatal Death Society). SANDS is a bereavement charity that is dedicated to helping parents in a similar position to Tom and Gina, as well as researching why stillbirth happens, and what can be done to prevent it.

“An alarmingly high proportion of parents will have a miscarriage, or a baby born sleeping and one in every four babies are affected by it,” says Tom. “This is far too high a number in this modern scientific world, and I firmly believe that money should be given to aid these brilliant scientists, researchers and charity workers in their fields of expertise to try to eradicate the possibility of stillbirth, or at the very least, dramatically decrease the numbers.”

As an added incentive, anyone who donates in Halifax and the surrounding areas will be able to request a loaf of bread of their choice to be baked and delivered by Tom, as a thank you for their support. 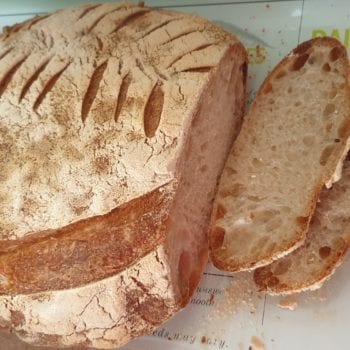 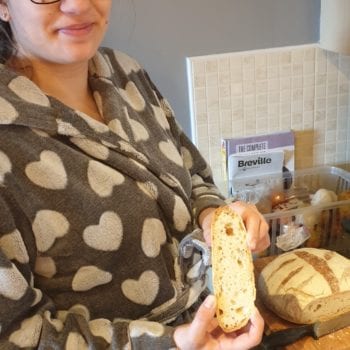 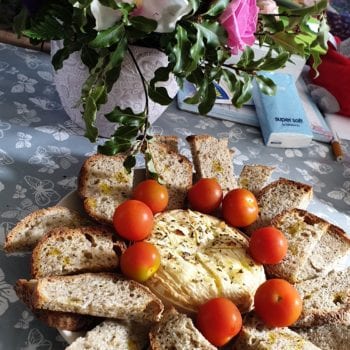 “I will continue baking as, every time I do, I feel close to Pip,” adds Tom. “I will cherish the memories of him doing somersaults in the womb whenever I fed Gina a homemade brownie or slice of homemade toast. Each time I bake I feel like I have a little helper by my side, and I love doing it! Hopefully people will donate and experience our bread, as each is delicious and made with lots of love!”

To support Tom, visit his Justgiving Page or his Facebook Bread Page Loaf You Dough Much.

For support from SANDS and to find out about the research they are doing, visit the SANDS website.